I received the following question on my Facebook page: “I read somewhere that it [fresh pumpkin puree] doesn’t taste as good as the canned and not necessarily better for you than canned either. Do you know anything about that?”

I began typing my answer and soon realized it was getting long enough to warrant a blog post. So… here is my answer to whether or not canned pumpkin is better than fresh pumpkin or vice versa.

Generally speaking, canned vegetables can be just as good as fresh if you do the following:

Pumpkin is one of those vegetables where the canned version is just as good as the fresh version nutritionally speaking and more convenient. As for the taste factor, there are two reasons why people might think that the canned version tastes better than the fresh version. First, a lot of people mistake the “pumpkin pie filling” for the “100% pumpkin puree.” Second, a lot of people use the wrong kind of pumpkin to make fresh pumpkin puree. Let’s explore those two things further.

A tale of two cans

When you go to the grocery store to grab a can of pumpkin, there are usually two different cans sitting side by side that look almost exactly alike. You’ll have to pick them up and read the label to be sure of what you’re getting. The pie filling version has loads of sugar already added to it (along with salt and spices etc) where as the puree is 100% pumpkin. Check the ingredients to be sure which one you’re getting.

A lot of people mistakenly pick up the pie filling version and use that without ever knowing that there’s more than just pumpkin in the can. That may be why people say the canned version tastes better. Nutritionally speaking, when comparing the pie filling to fresh pumpkin, the fresh will win hands down every time simply because there is no added sugar. If you compare the two on taste then the pie filling will win… because who doesn’t love the taste of sweetened pumpkin and spices?

Next, let’s look at why fresh pumpkin puree may not taste as good as it can/should. There are several types of fresh pumpkins sold in stores this time of year. Pumpkins are part of the winter squash family, and there are countless varieties of winter squash. But let’s focus on the two main varieties of pumpkin that we think about when someone says pumpkin.

Most everyone is familiar with the Jack-O-Lantern pumpkin, it’s large, hallow, usually pretty light for it’s large size, and fairly inexpensive. Then, there is the sugar pumpkin. These pumpkins are the size of a volleyball or smaller. These are the pumpkins you want for making pumpkin puree. They’re sweeter  and have a more tender flesh than the pumpkins used for carving. To make sure your fresh puree is as sweet as possible follow these steps.

So, now that you know the differences between canned and fresh pumpkin purees, you can decide whether or not you want to make your own or buy it in the can. Truth be told, I do both. When I buy canned puree I buy this brand because it’s organic and BPA free. 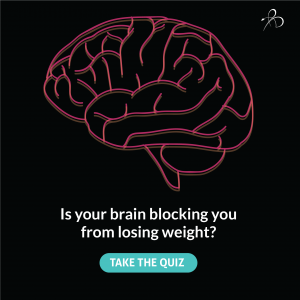